A state-of-the-art halls of residence at the University of Edinburgh has won the coveted title of ‘Best University Halls of Residence’ at the first-ever Student Accommodation Awards, organised by Property Week. 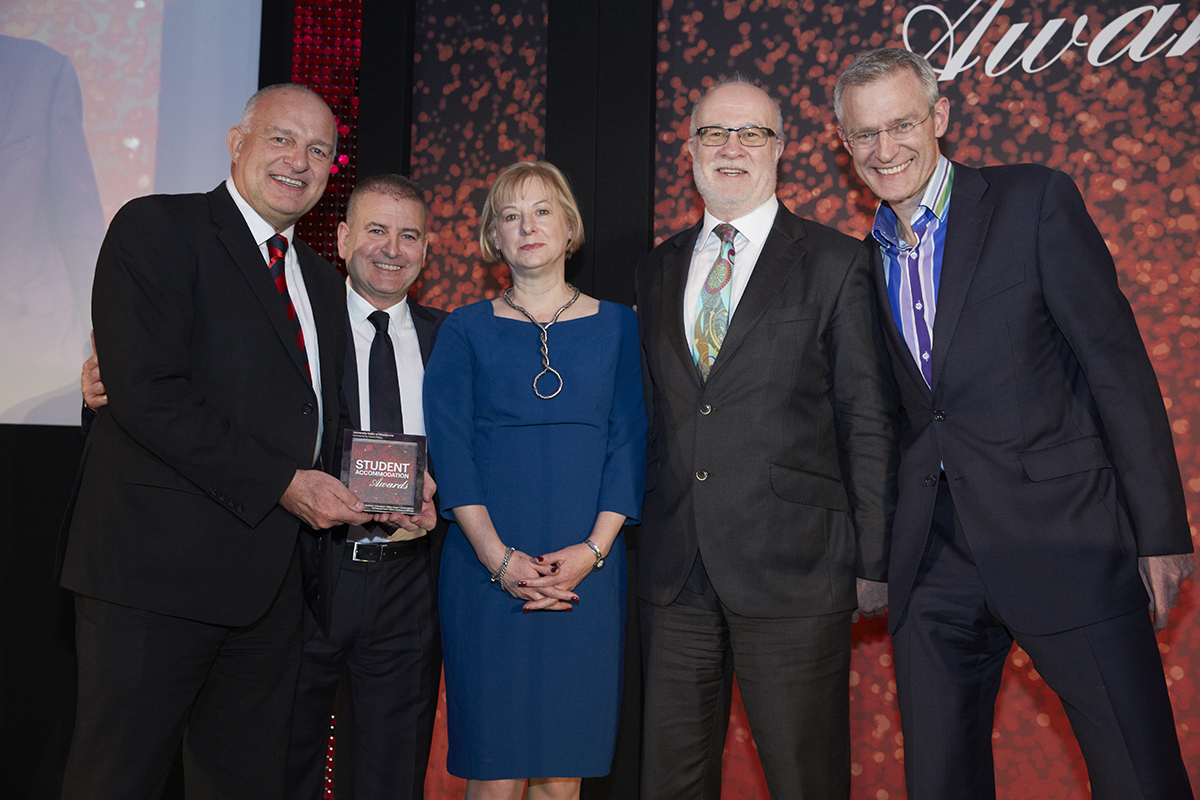 The Residence Hall is a unique self-catered development, providing an unrivalled living and social environment for the 480 postgraduates it houses, and is the only student accommodation in the UK with a communal kitchen of its scale.

Unlike traditional student halls, the kitchen and dining facilities are in one large open-plan space on the ground floor, with eight 60-person ‘kitchens’ arranged in a U shape to surround a communal dining area that seats 130. Students are also able to book a private dining room, and residents on each bedroom floor also have access to lounges and pantries.

Entrants for the category were judged by a panel of experts from the student accommodation property sector, including developers, investors and representatives from other universities. One judge commended Residence Hall for having an “excellent concept” that “addresses social and community needs”, while another noted it’s “focus on community through innovative design”.

Hosted by BBC presenter, Jeremy Vine, the awards were created by Property Week and are a new addition to the annual Student Accommodation Conference in Westminster – the largest conference of its kind in the UK.

Holyrood North was also recognised earlier this year at the College & University Business Officers (CUBO) awards, where universities across the UK voted it for ‘Best Student Housing’ at the event in Sussex.

Commenting on the award win, Richard Kington, director of Accommodation, Catering and Events at The University of Edinburgh, said: “Student halls of residence have developed into something more than just a place to eat and sleep, which was clearly reflected in the competition we came up against at the awards.

“To see Holyrood North named as winner of its category at Property Week’s Student Accommodation Awards was a real honour and a testament to the efforts of the staff and all parties who had contributed to the creation and success of the halls.

“We strive to provide an environment for students that cater to their individual needs, while also being modern and unique in our approach.”