Commercial University of the Year Win for Edinburgh

Tasked with maximising revenue from The University of Edinburgh’s assets, Accommodation Catering & Events (ACE) is celebrating a major UK-wide award win in recognition of its positive impact.

ACE markets services externally under its commercial brand name of Edinburgh First and has landed Commercial University of the Year at the College and University Business Officers (CUBO) awards, held recently at Swansea University.

In 2018 alone, the department organised 1,648 events for more than 132,000 delegates – and accommodated more than 42,000 guests across its hotels and apartments, bringing huge economic and academic benefit to the Scottish capital.

Richard Kington, Director of ACE, said: “The past year and a half has been increasingly successful, with all aspects of the business growing.

“Teams across ACE have helped in this growth and we have never been in a better position to maximise the benefit we bring to the University.

“We are of course are incredibly lucky to boast iconic, historic settings in the heart of the city – such as McEwan Hall, but we are also able to offer over 200 venues and spaces across the city, historic and newer purpose built, offering something for all conference delegates and organisers.

“This award is for the many staff who have helped us achieve some outstanding results. We are grateful also to the many customers who recognise the service we provide but also that our efforts support directly the wider aims of the University of Edinburgh. We really are so proud to achieve this recognition at such a prestigious UK-wide awards event.” 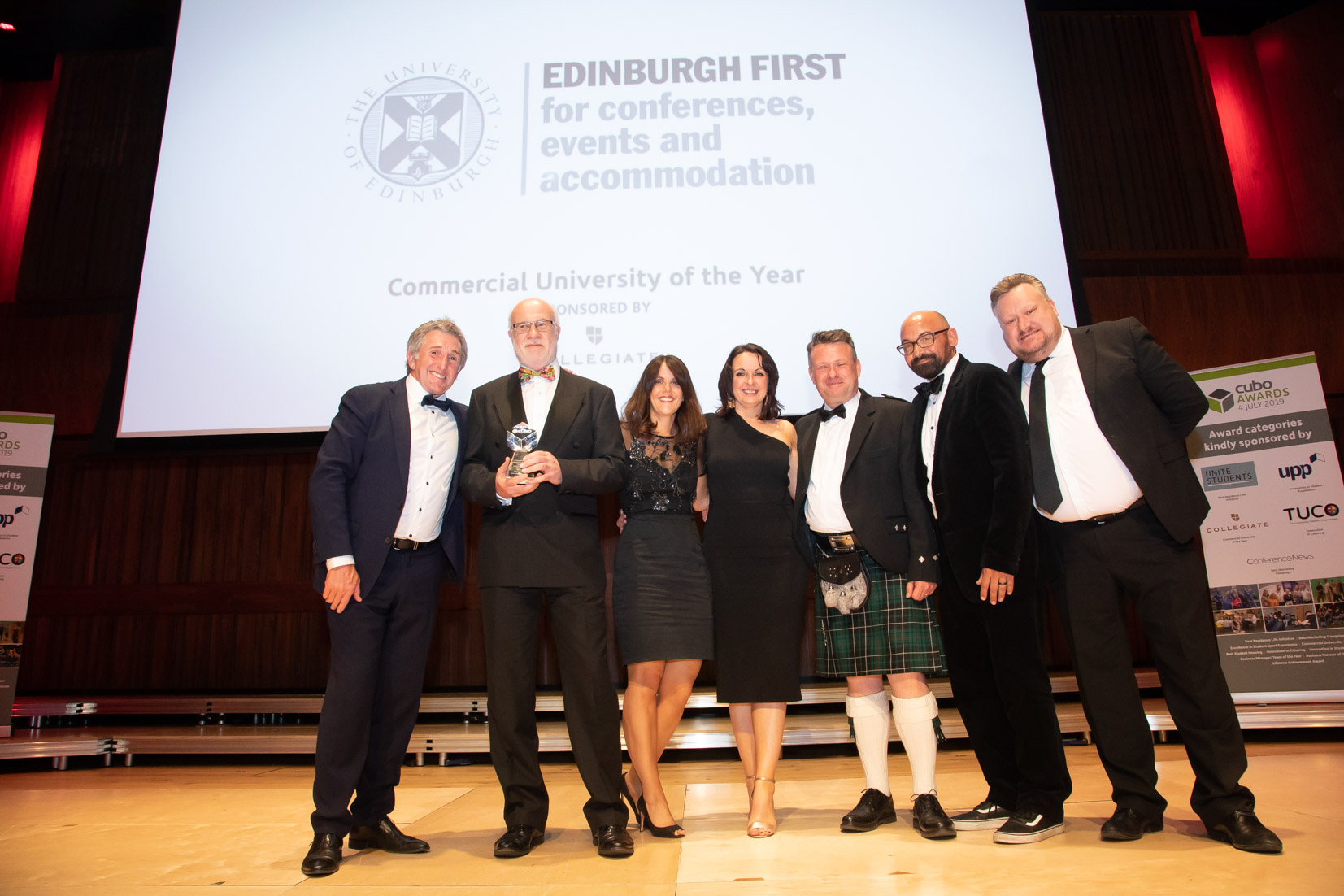 The 700+ strong organisation owns and operates two hotels, KM Central and Salisbury Green Hotel and Bistro (which in 2018 underwent a £4.5million refurbishment), plus Richmond Place Apartments.

Over the summer it lets 5,000 student rooms, including Pollock Halls campus, which for three months of the year becomes the largest hotel in Scotland – playing a major role hosting groups, cast and crew from many of the summer Festivals.

CUBO chair elect, Gillian Almond, (Director of Commercial Services for Royal Holloway, University of London), paid tribute to the achievements of those working across higher education estates with commercial services.

She said: “The standard of this year’s entries was deeply impressive and proved highly inspirational for our judges.  The UK’s universities are seen as some of the best in the world and the role that CUBO members play in driving commercial success and delivering innovative campus services, plays an important part in supporting this reputation.”