With Edinburgh’s spectacular scenery and amazing architecture, it’s no surprise that the City has been a backdrop for many films and TV shows.

The most recent, and biggest film to make use of Edinburgh was Avengers: Infinity Wars, the only location used outside of USA. You can follow in the footsteps of the stars by visiting some of the key locations including the ‘kebab’ shop on Cockburn Street (actually Miss Katie Cupcake), the Royal Mile and Waverly Train Station, where some epic fight scenes took place and St Giles Cathedral’s imposing spires. 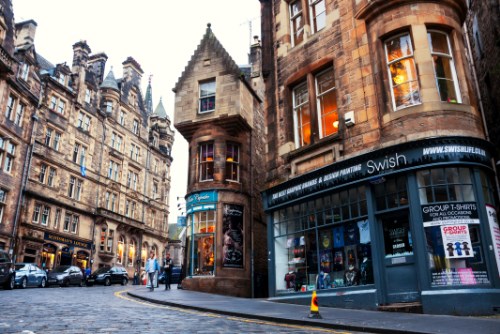 Another film which was famously (partly) filmed in Edinburgh is Trainspotting (and Trainspotting 2). Consistently ranked as one of the best British films ever, this story shows the darker side of Edinburgh. From the famous chase down Princes Street in the opening scene to Arthur’s Seat and a memorable scene in the Castle Street car park, there are plenty of places you will recognise as you walk around town. We would point out that Leith (where a lot of the film is based) is nothing like what you see in the film these days. 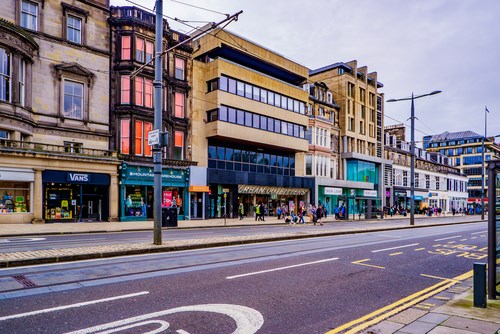 Other big-budget blockbusters that have encapsulated Edinburgh include One Day, The Da Vinci Code and Cloud Atlas. Plenty of TV series have made use of the atmospheric setting as well, including gritty crime dramas such as Rebus, Taggart and more recently the BBC’s One Of Us.

The city is also the birthplace of one of the most famous and successful literary characters of all time, Harry Potter. JK Rowling started writing her books in The Elephant House (a coffee shop on George IV Bridge) and finished the final novel in a plush suite in the Balmoral Hotel at Waverly Station. You can see how the medieval architecture, winding alleyways and gravestones with familiar names inspired her and helped bring the films to life. You will see references to Harry Potter across the City, Harry Potter walking tours are a good way of taking it all in. 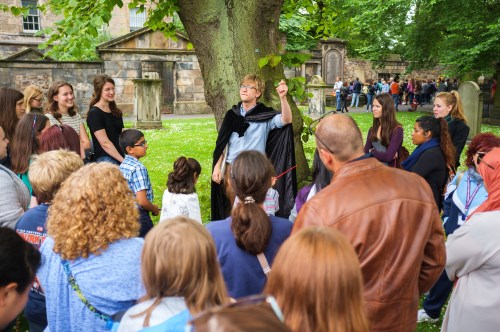